This cabinet is beautifully made with black lacquer and brass, with an eglomise glass interior. Gorgeous!

Designed in France in the 1960s by Guy le Fevre, a prominent designer for the famous Maison Jansen in Paris. A fantastic talking point for any drinks party and a great piece for the dining or living room.

Within Jansen’s lifetime, his emphasis on historical research, his focus on client needs, and his comprehensive approach to transforming space, would earn his firm a faithful client base of wealthy, royal, and otherwise elite clients—clients they would keep for almost a century to come.

By 1900 Jansen’s reputation was monumental. His firm represented not merely the royalty of Europe, but the wealthy and powerful from all over the world. The Parisian studio would rise to five stories, grow to 40,000 square feet, and employ 700 craftsmen, producing new work in the Louis XIV, Louis XVI, Empire, Anglo-Japanese, Turkish, Art Nouveau, Art Deco, and successive modern styles. 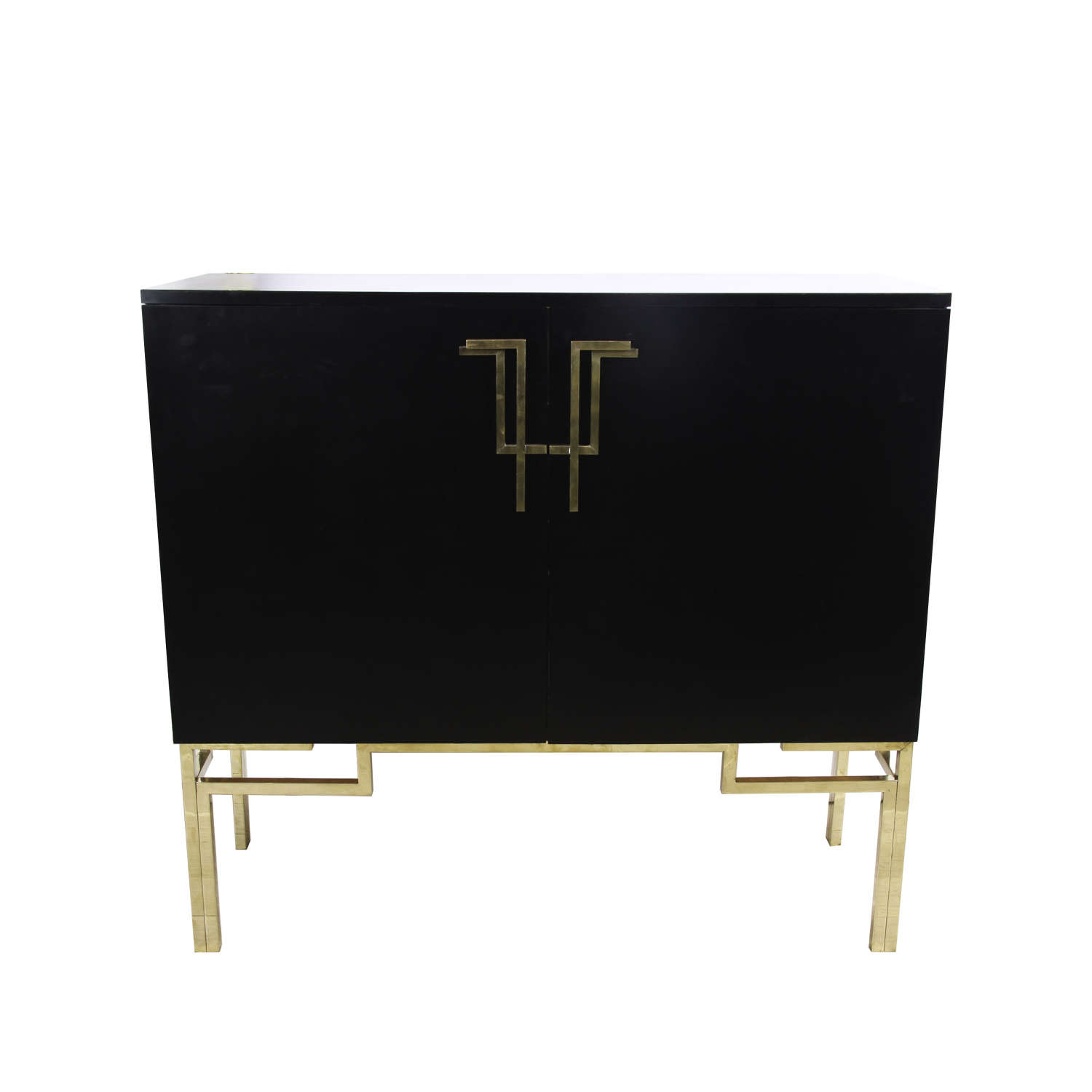 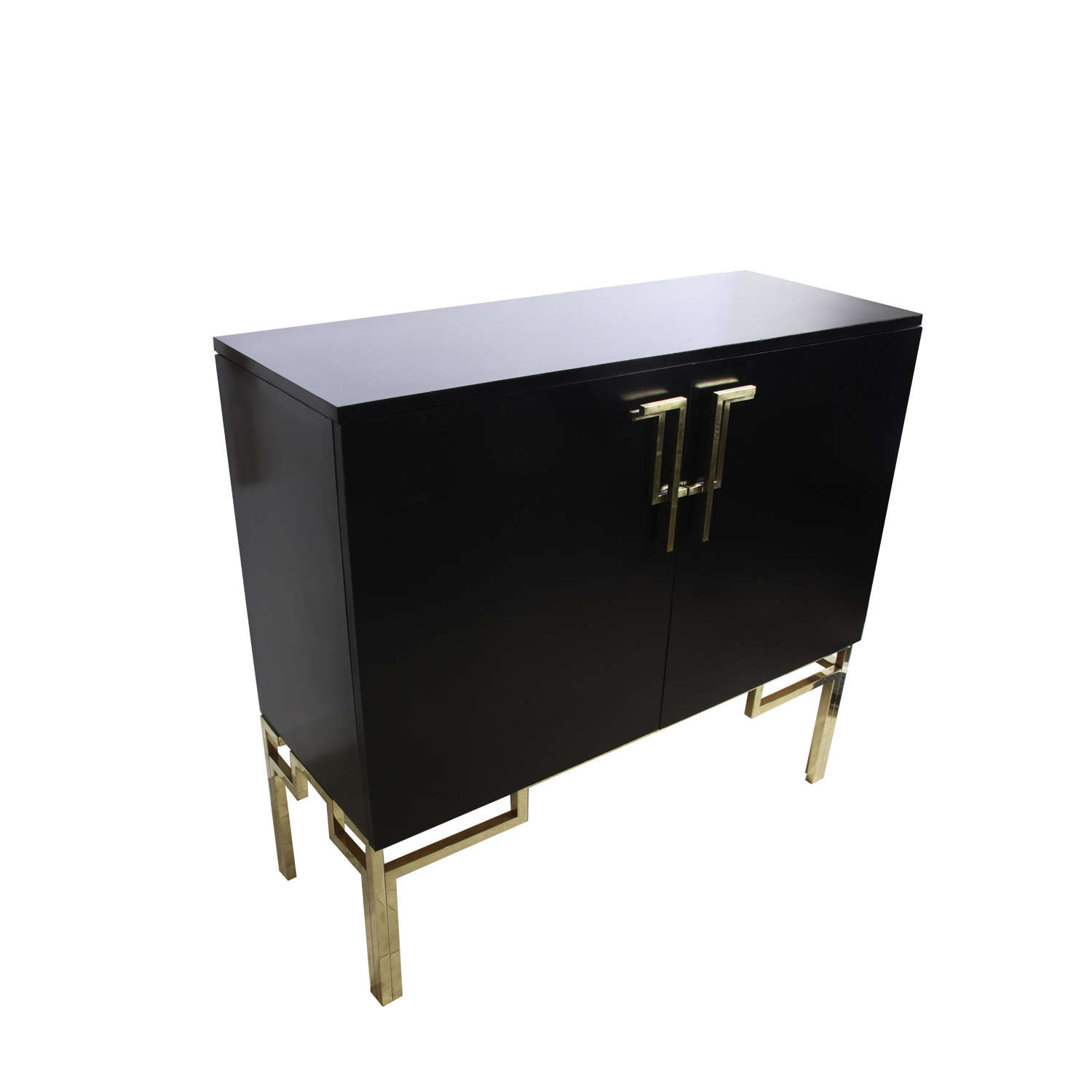 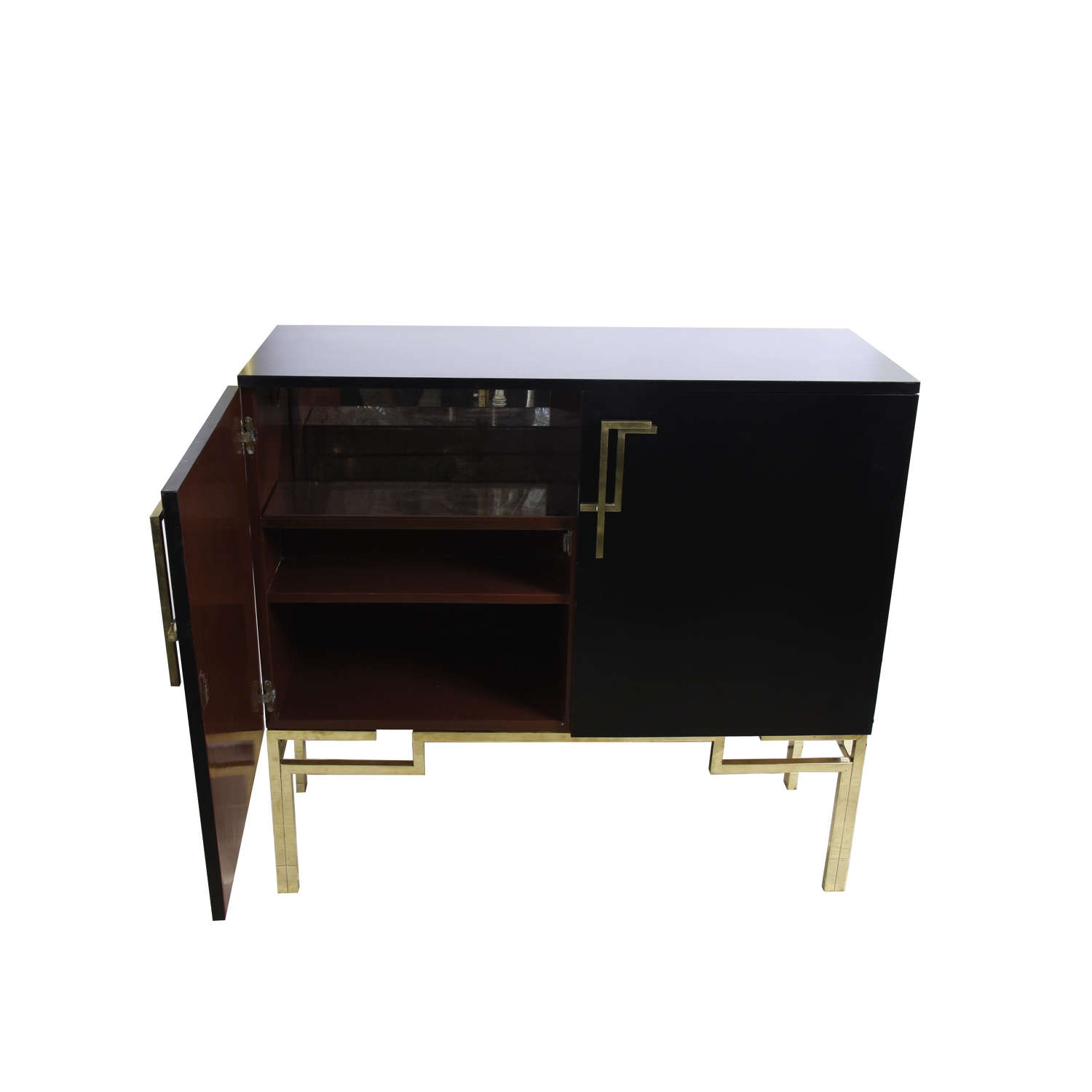 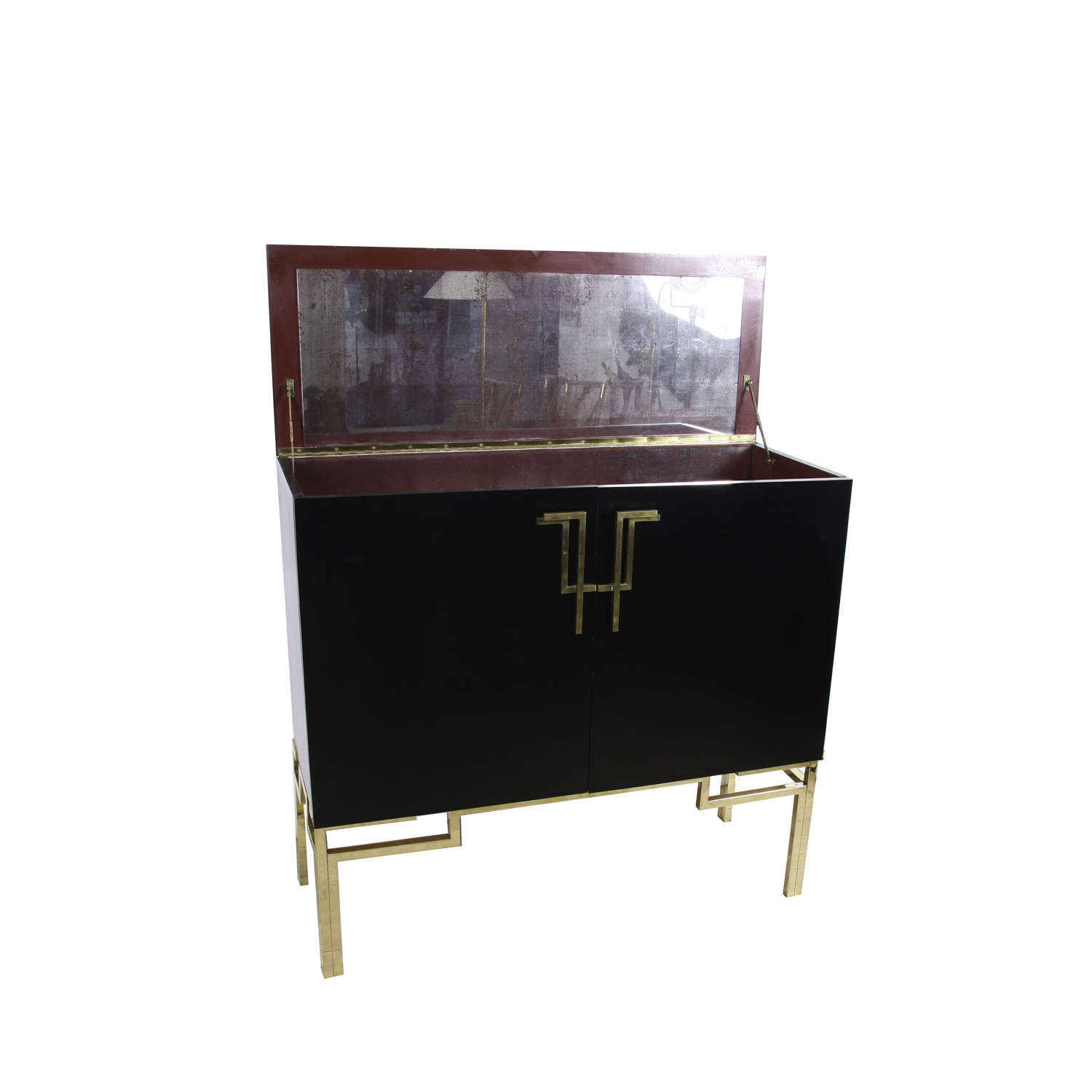 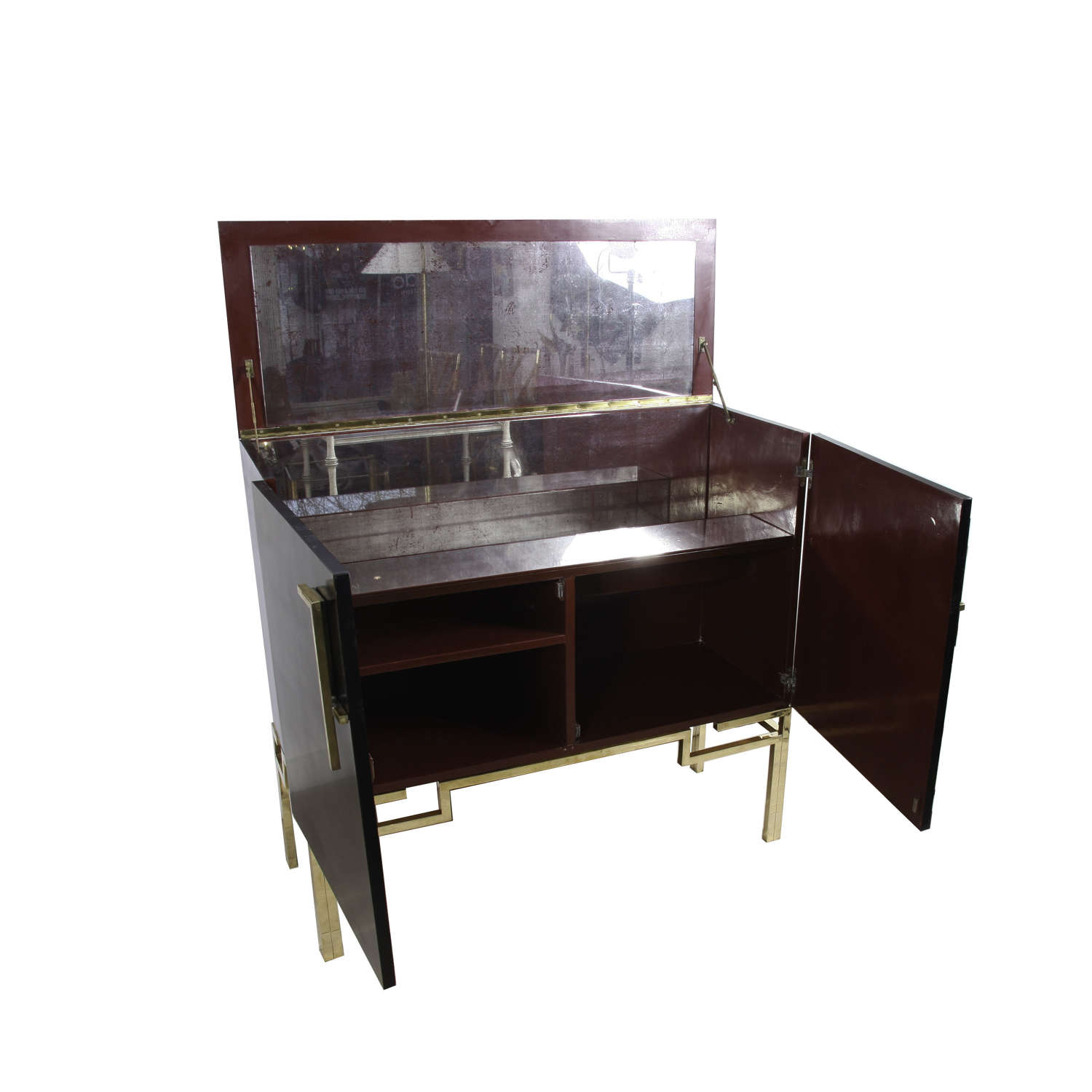