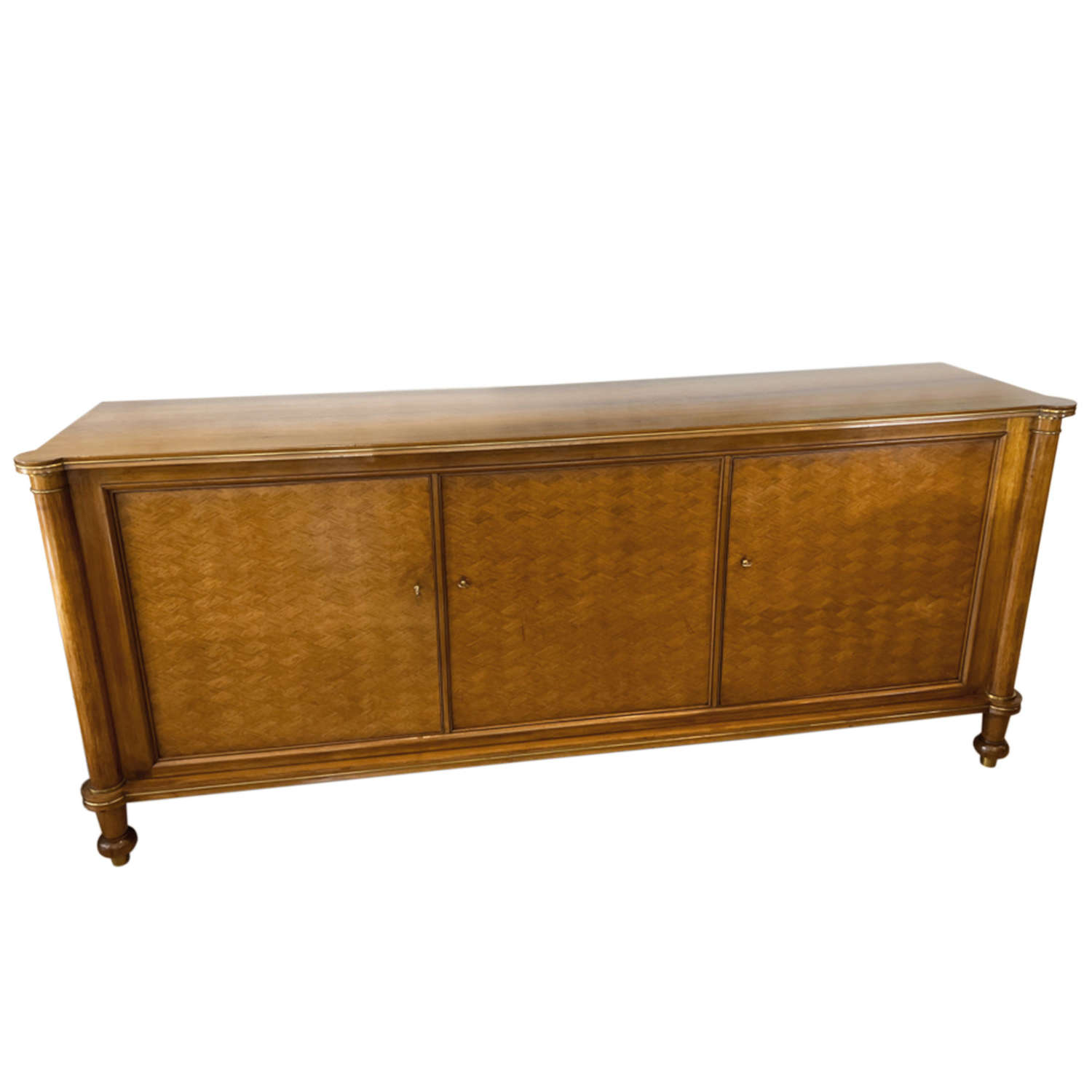 A beautiful sideboard designed by Jules Leleu. This piece still retains the original paper label on the back, stating the serial number, it's signed and dated 1956.

This piece has 3 diamond lozenge pattern parquetry doors, with column supports which are mounted with a gilt bronze trim.

The cupboards all have 1 shelf, the central one also has a drawer.

Jules Leleu began his career in the family decorative painting business, later opening a Paris gallery in 1924, before winning a grand prize at the 1925 Exposition Industrielle et Arts Decoratifs.

His furniture design demonstrates his insistence on precision craft and quality materials. The simple, sleek lookmade him a guiding light of 20th century modernism. 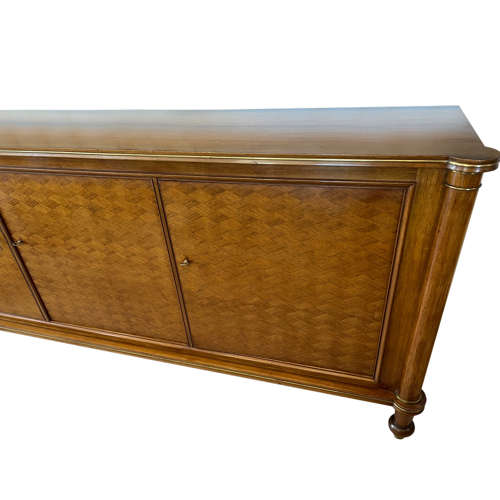 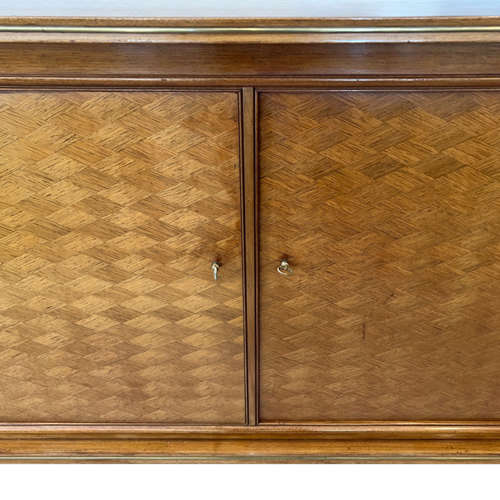 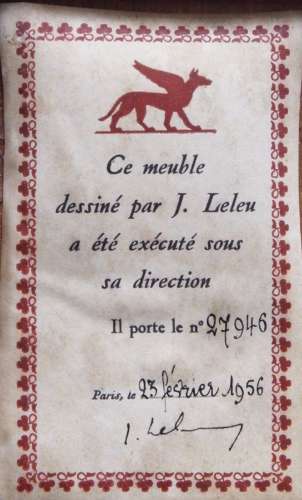