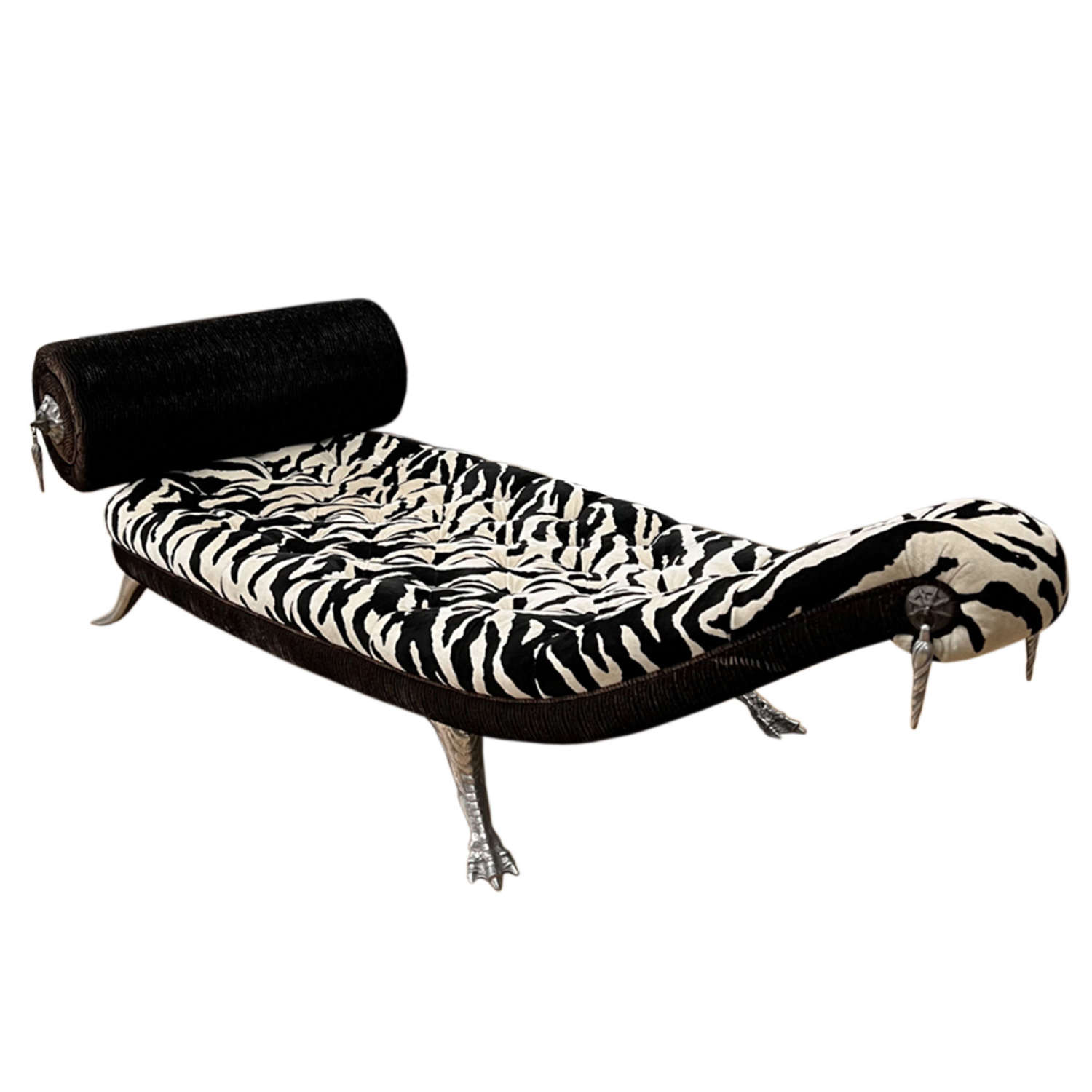 Designed by the artist Mark Brazier Jones in 1997, this fantastic chaise is truly a statement piece!

The cast metal frame is upholstered in velvet - including the great zebra print seat fabric.

With a heavy bolster at one end, the sofa is supported by four legs - 2 elegantly sweeping to the floor and 2 scaled serpent legs and feet.

After studying sculpture at university, he began designing sets for music legends including Freddie Mercury, Elton John and David Bowie. Together with Tom Dixon and Nick Jones, he formed the Creative Salvage Group in 1983.

He returned to his sculpting roots when he moved out to the English countryside - making furniture to be cast in bronze. His work can be found across the world - including the Victoria & Albert in London, Museum of Art & Design in New York, and Musée des Arts Décoratifs in Paris, as well as several important private collections. 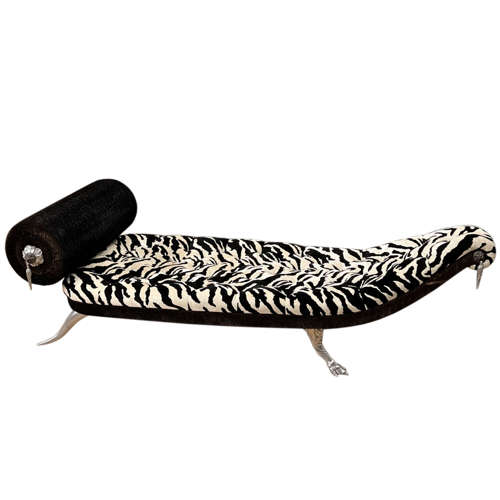 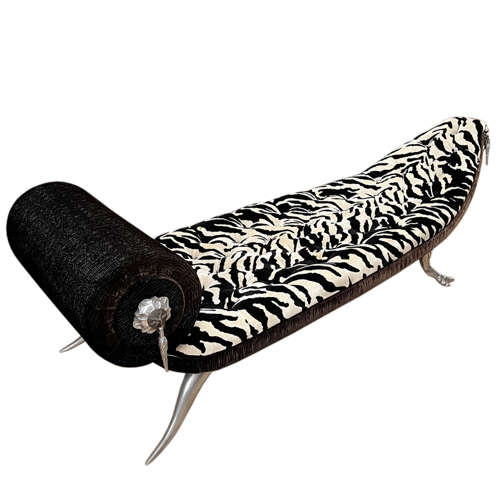 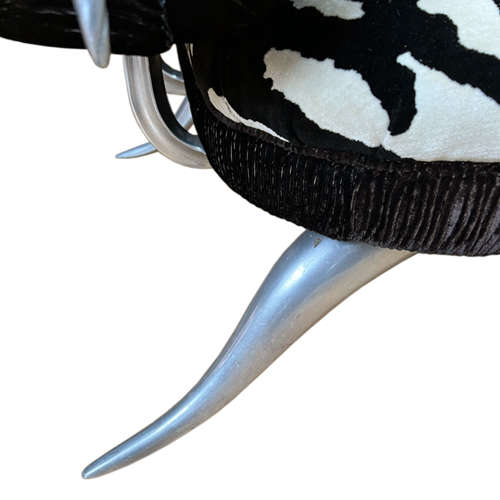 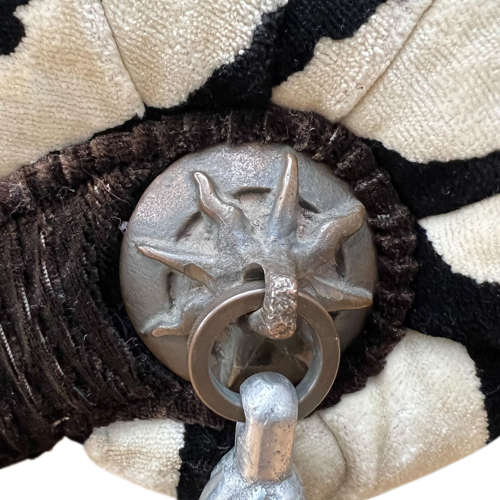 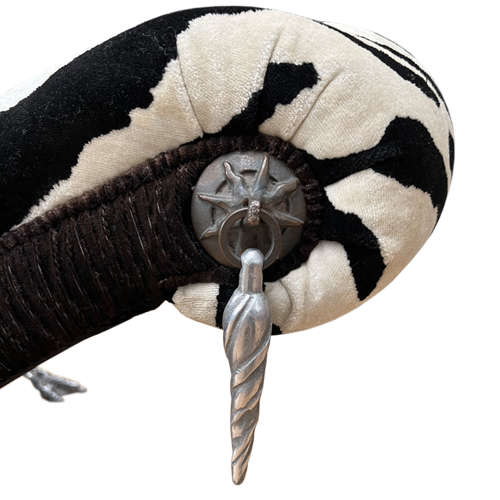 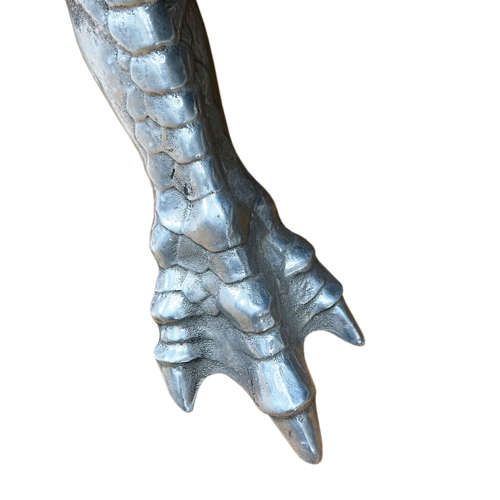