This is a fantastic natural amethyst geode cave (also known as cathedrals or churches). Geodes are rocks that seem plain on the outside but when opened reveal a cavity in the middle filled with beautiful crystals. The general scientific consensus is that amethyst geodes are created in a two-step process. First, there's the formation of the cavity and then the formation of the crystals.

Purple Amethyst has been highly esteemed throughout the ages for its stunning beauty and legendary powers to stimulate and soothe the mind and emotions. It is a semi-precious stone in today’s classifications, but to the ancients it was a “Gem of Fire,” a precious stone worth, at times in history, as much as a Diamond.

Amethyst is the birth stone for February. 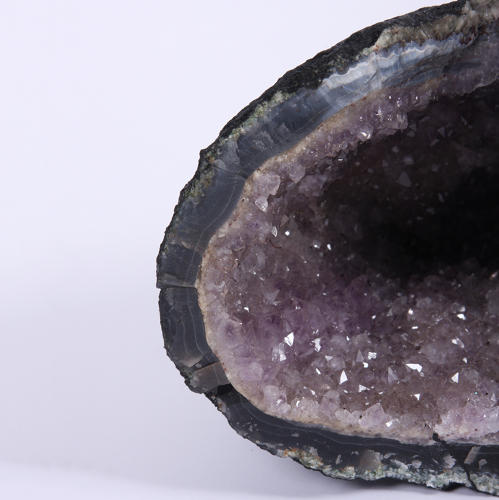 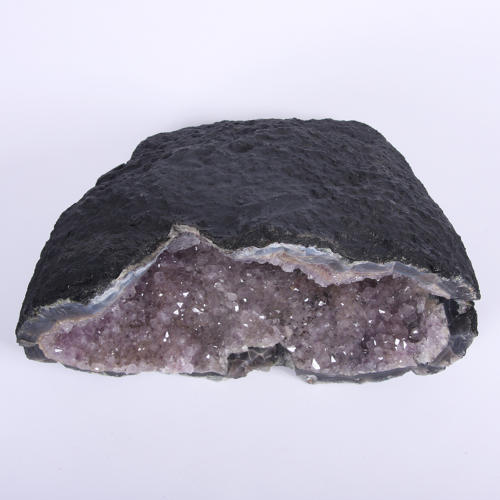 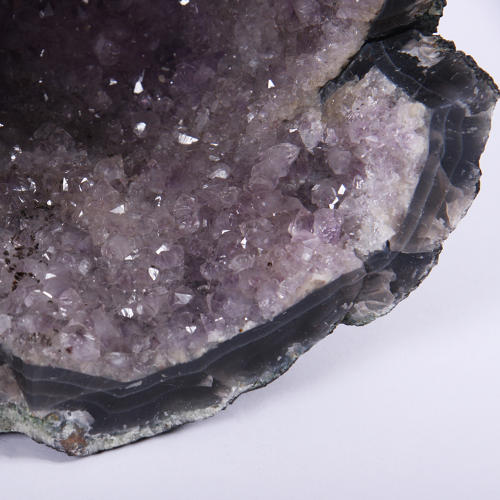 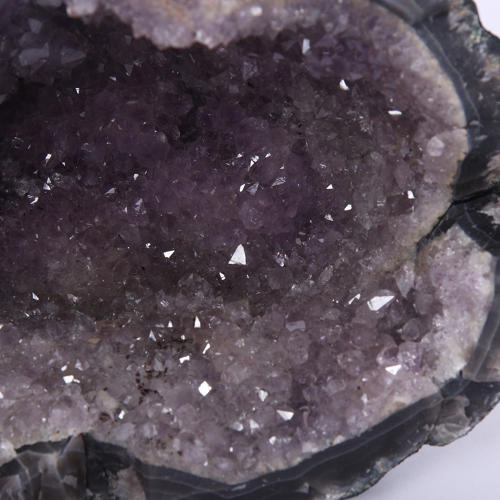