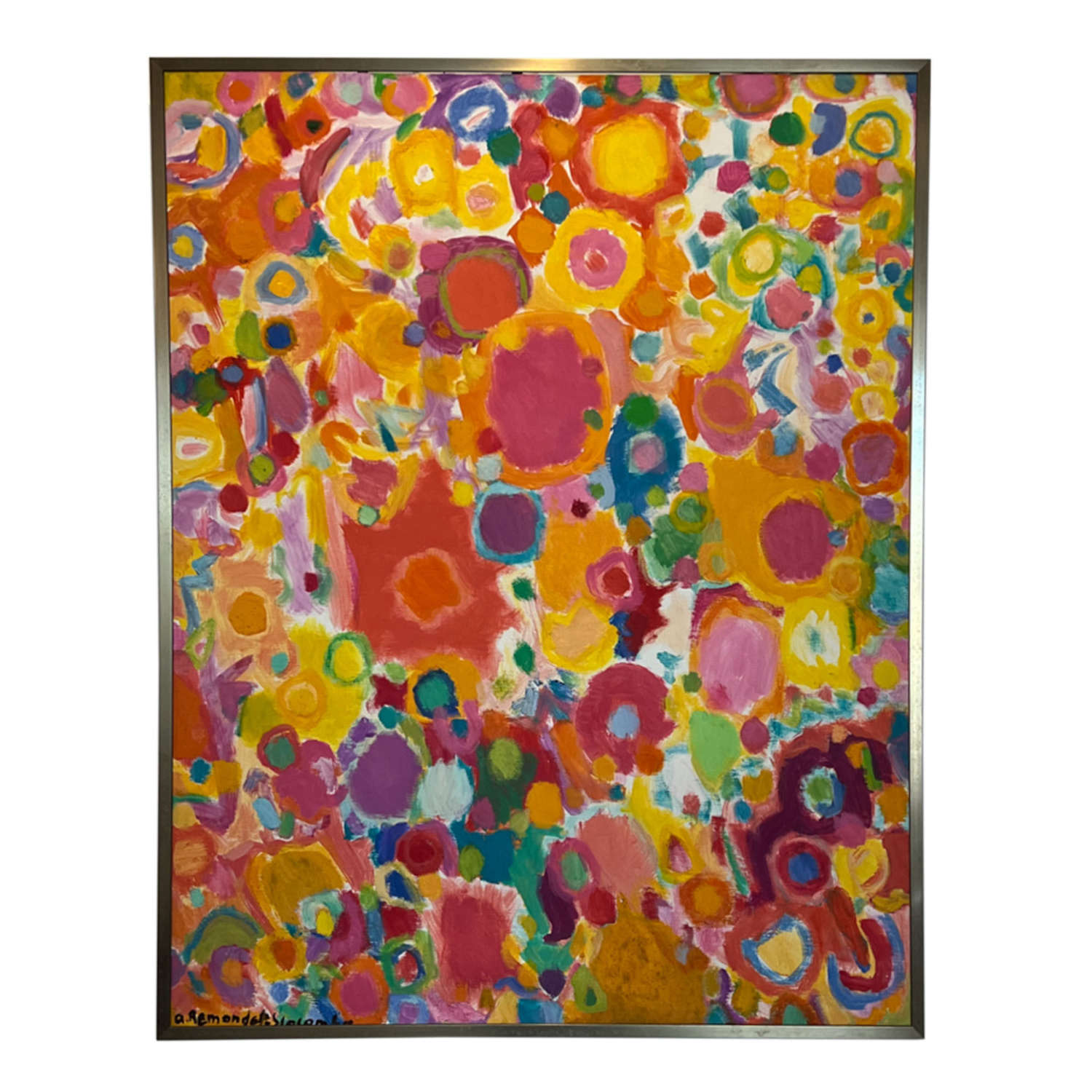 An amazing oil on canvas, 'Le Soleil Jeune' was painted in 1986 by Alma Slocombe.

Signed "A. Remondet-Slocombe" lower left and on verso.

Alma Slocombe was born in Britain, but as the daughter of a writer and war correspondent, grew up in Paris. During WW2, she and her architect husband André Remondet moved to the USA where she became influenced by the American abstract impressionists.
Her work has been exhibited in New York, Paris and Tokyo. 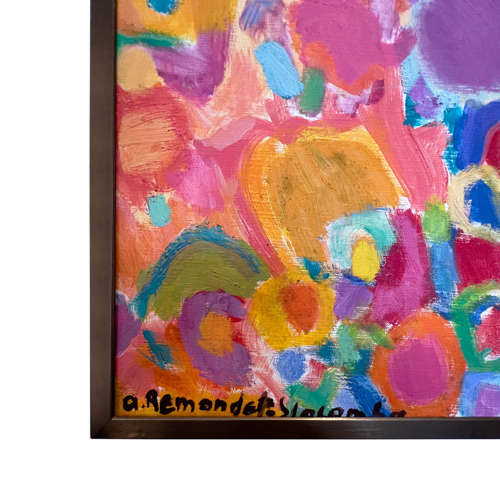 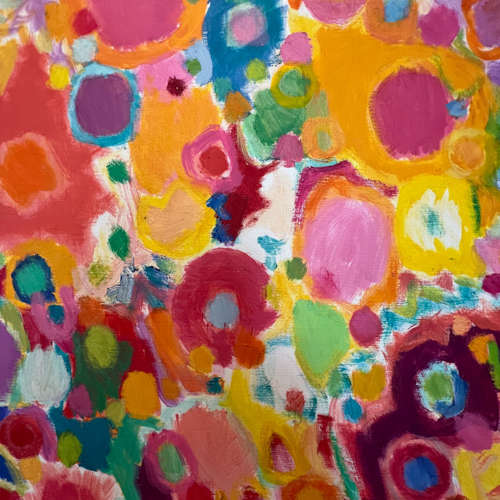 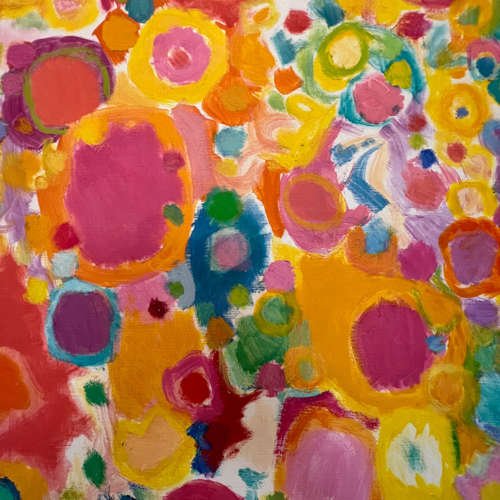 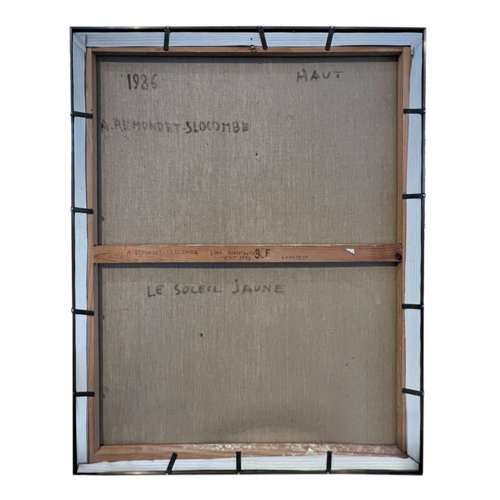