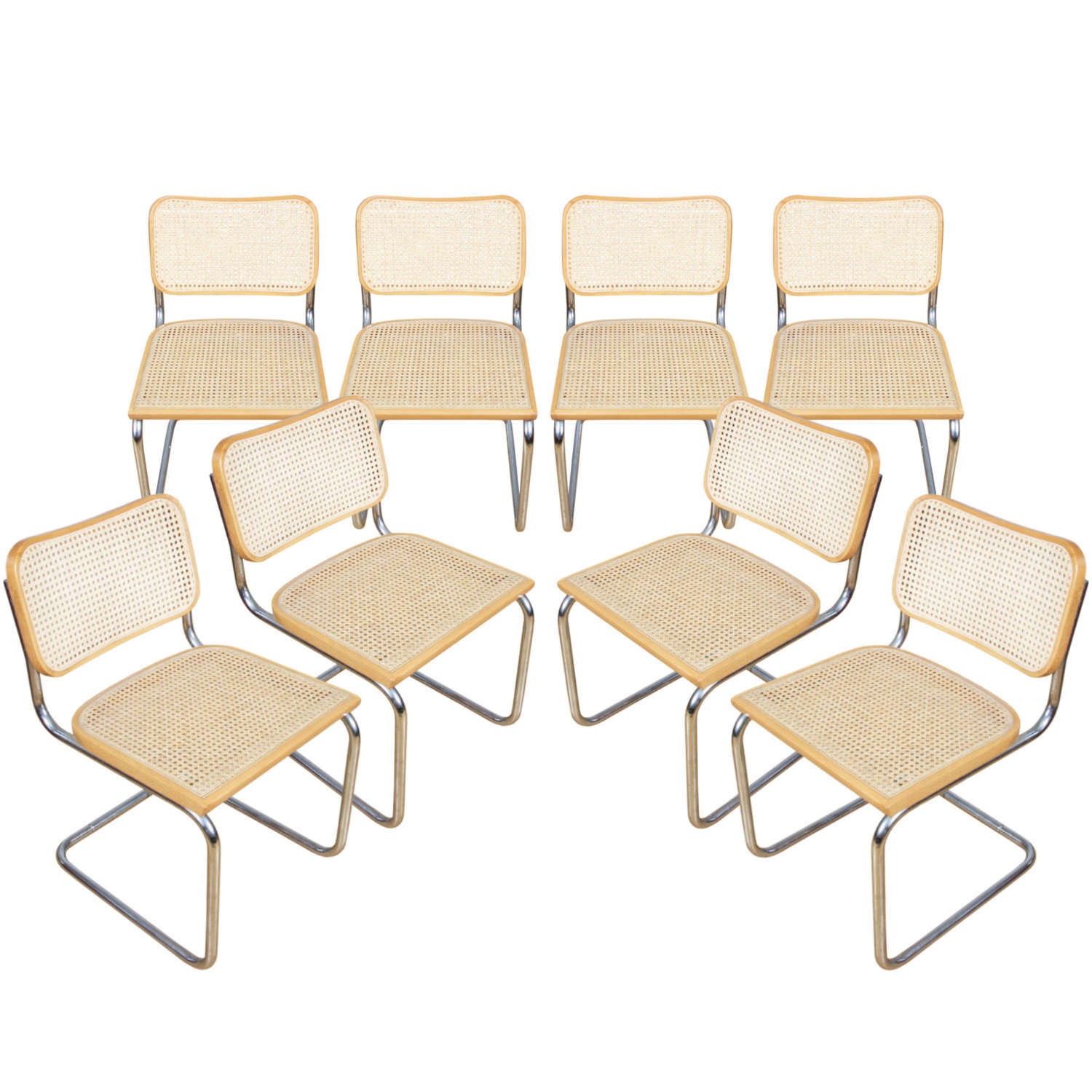 A set of 8 Cesca chairs in great condition, caning has been restored where necessary.

Marcel Breuer created the Cesca Chair shortly after leaving the Bauhaus in 1928, they are a brilliant example of the material innovation and design principles he formed at the German design school. In adherence to the institution’s rationalist ideals, Breuer sought a material suitable for mass production that could also render an artful furniture form.

Equipped with functional design thinking and an innovative mindset, Breuer found inspiration in an unlikely place — the tubular steel construction of the bicycle he rode around Dessau. The material was lightweight, sturdy and malleable enough to create the Modernist furniture he envisioned. After iteration upon iteration, bending and welding tubular steel, Breuer arrived at the Wassily Chair and Laccio Table, both designed in 1925, followed by the Cesca Chair in 1928. 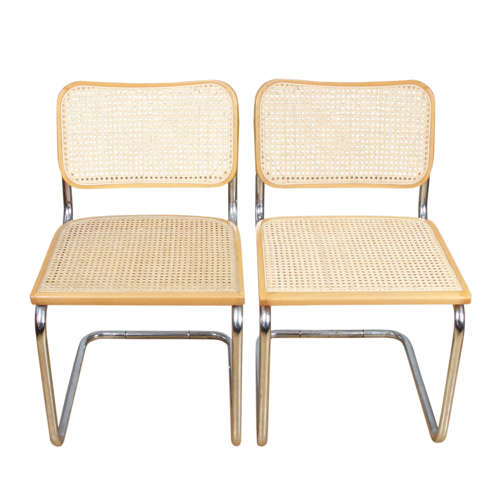 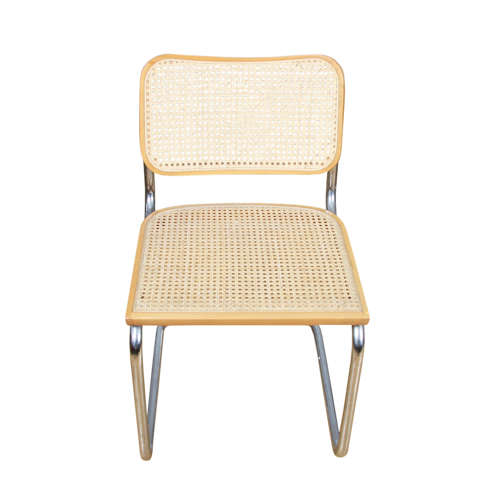 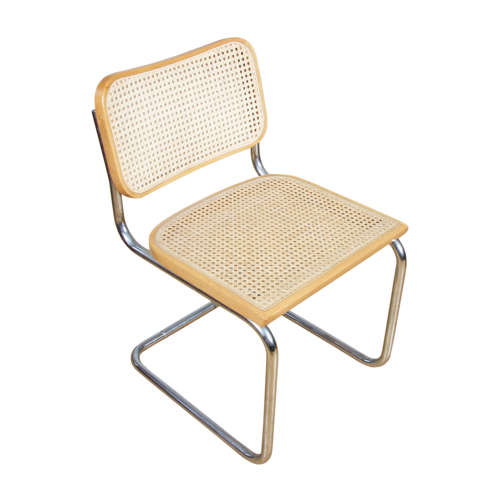 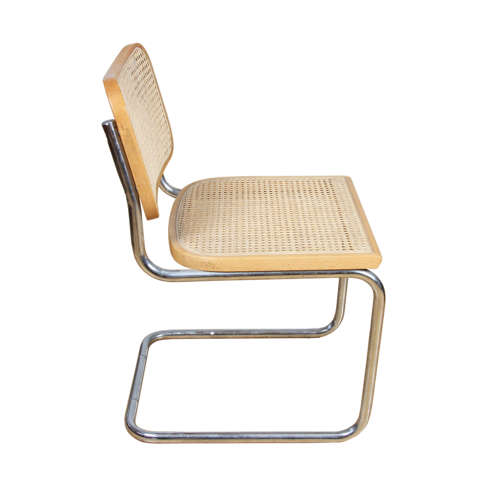 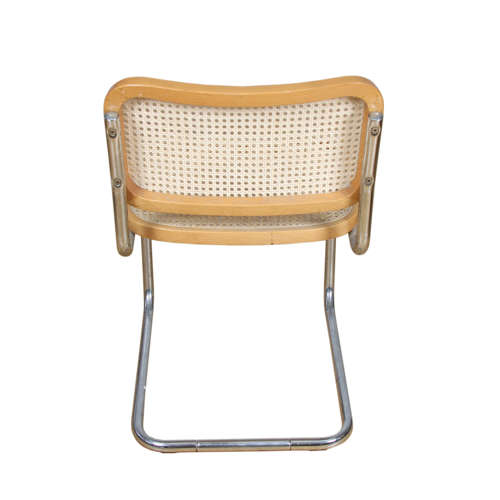