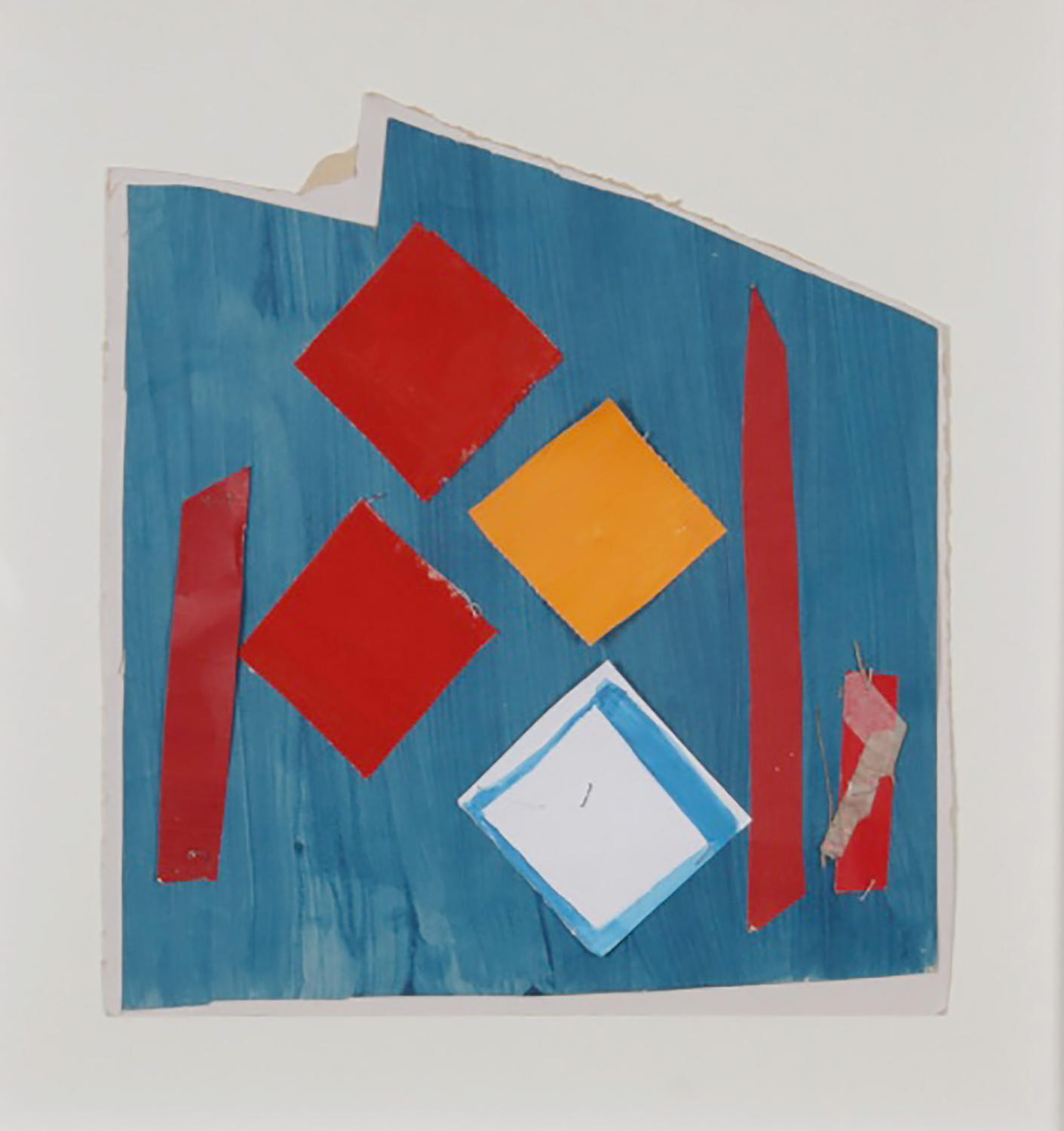 Collage and mixed media on card. Signed and dated on reverse. Framed in a white box frame.

Sandra Blow was born in London in 1925. She studied at St. Martin`s 1941-6 and then at the Royal Academy Schools, before leaving for Italy, where she met and was hugely influenced by Alberto Burri. Burris introduced Blow to the potentials of collage and the tensions between textures therein. Her association with her former mentor underpinned Sandra`s work throughout her life, though she distilled her own form of reductive abstract expressionism, preoccupied with space, matter and movement. Fuelled also by the Renaissance principles of geometry, light and scale, Blow set about treating form with its own innate reality and rejecting subject matter in terms of representation. 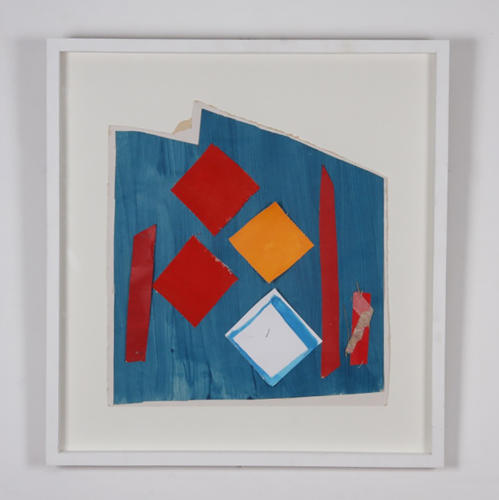