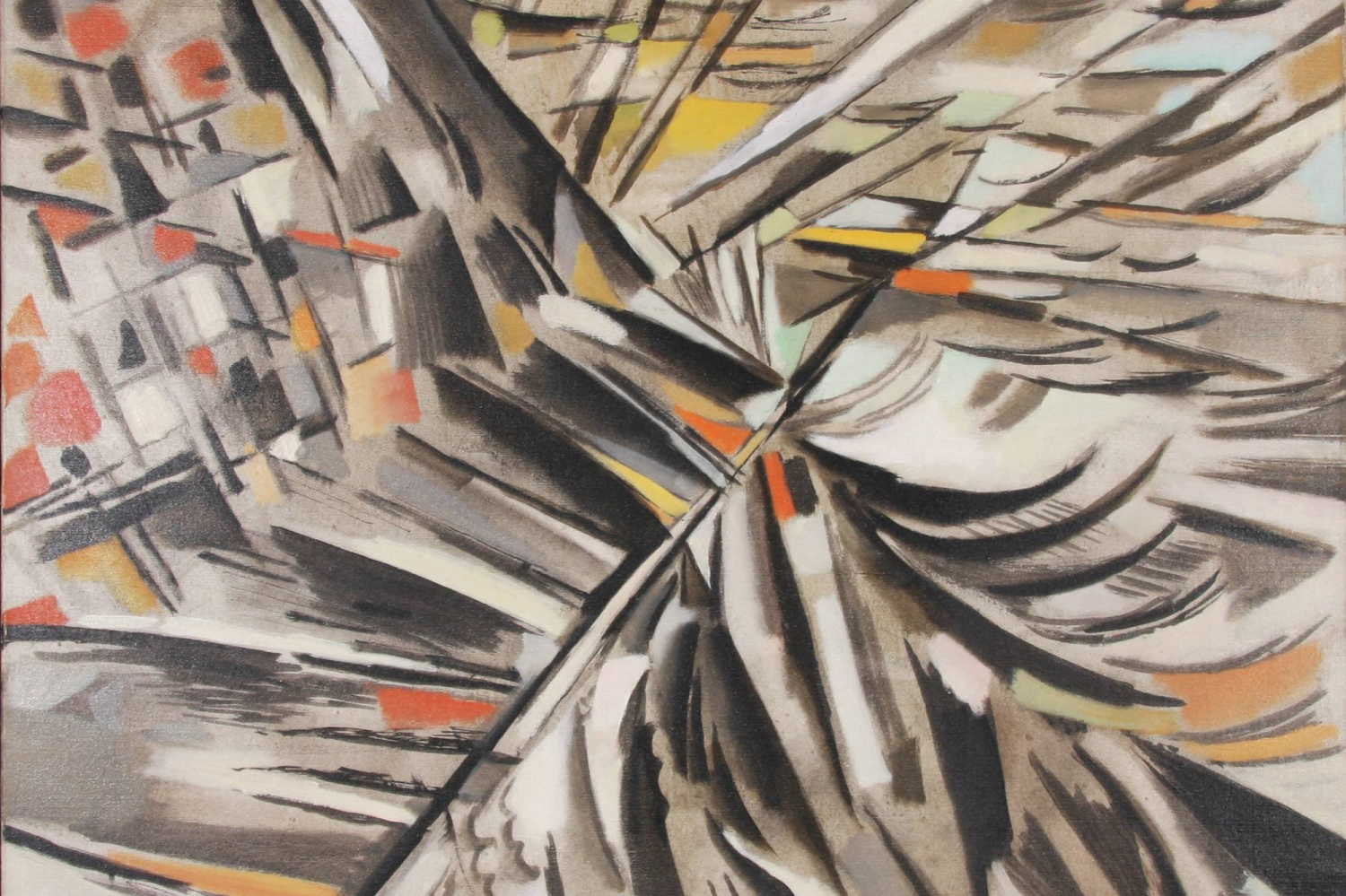 W: 96cm (37.8")H: 96cm (37.8")
SOLD
Abstract oil on canvas. Signed lower right. Framed.
Reynold Arnould showed prodigious talent as a child and was given his first exhibition at the age of nine at the Galerie Legrip, Rouen. The following year he entered the Ecole des Beaux Arts de Rouen and by the age of eighteen he had been admitted to the Ecole des Beaux Arts de Paris, where he won the Premier Prix de Rome. Following the Second World War as a young artist Arnould was already firmly engaged with the Paris art world, exhibiting at major avant-garde salons. In the thriving Parisian atmosphere of the Liberation Arnould`s creativity flourished. In 1945 Arnould held his first solo show in America, at the Passedoit Gallery, rapidly developing an international reputation. He would later exhibit widely in America. His work during this period was of a highly personal semi-abstract figuration, with clear bold shapes of stylised forms, and rich vibrant colours. His contributions to the radical avant-garde exhibitions at the Salon de Mai between 1949 and 1962 show Arnould`s  work becoming increasingly abstracted and towards 1955 the figurative content became almost entirely unidentifiable as he embarked on an impressive series of works exploring the dynamism in the post-war society. During this period his paintings consisted of powerful lineal gestures, with parallels with the Italian Futurists. these works again received critical acclaim when they were exhibited at the Musee des Arts Decoratifs exhibition `Forces et Rhythms de L`Industrie` in 1959. Arnould was an astonishingly talented painter, whose successful artistic career lists many high profile exhibitions around the world. the artists is represented in numerous public collections, including the Musee national d`Art Moderne de Paris, and modern art museums in London, America, Italy, Norway and Switzerland. 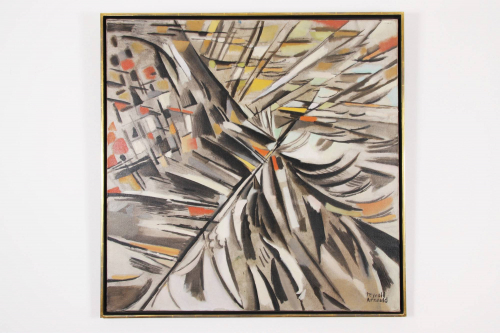 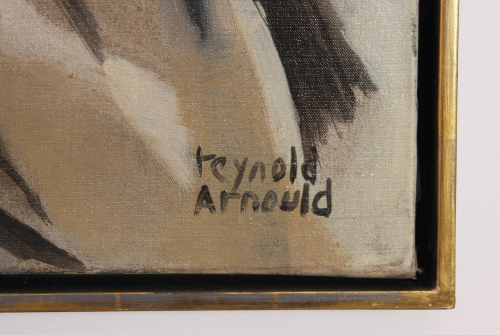