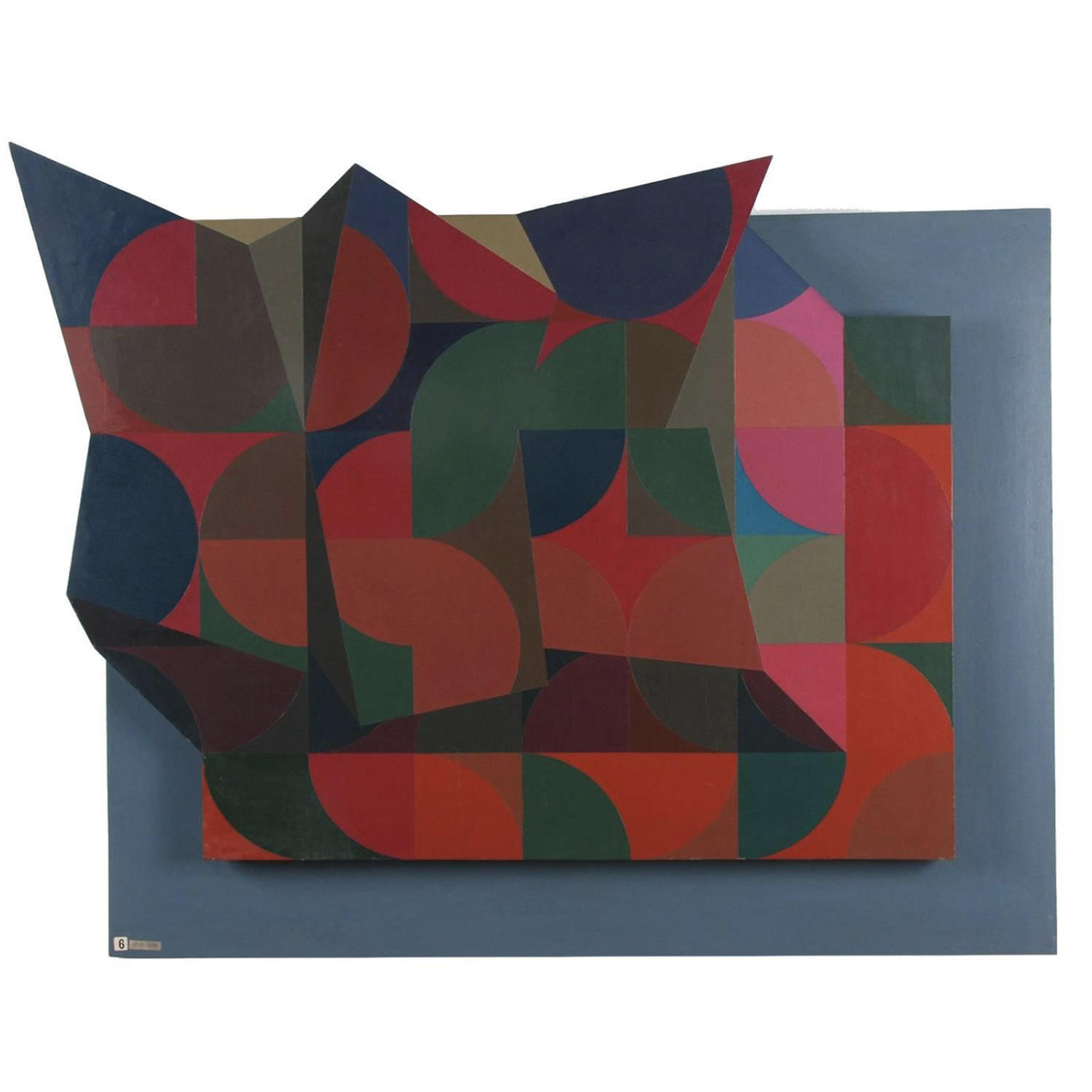 Acrylic on board. Abstract, geometric study, signed and inscribed on verso and bears the gallery label. 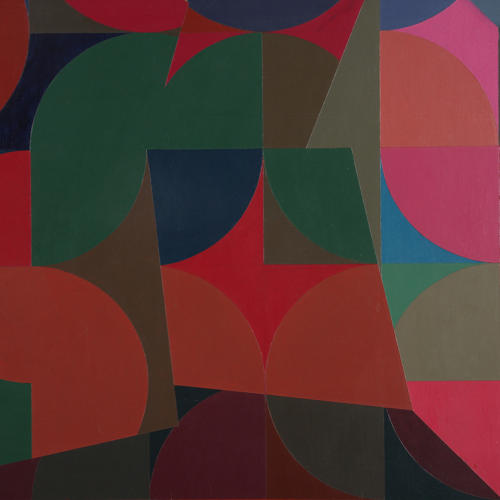 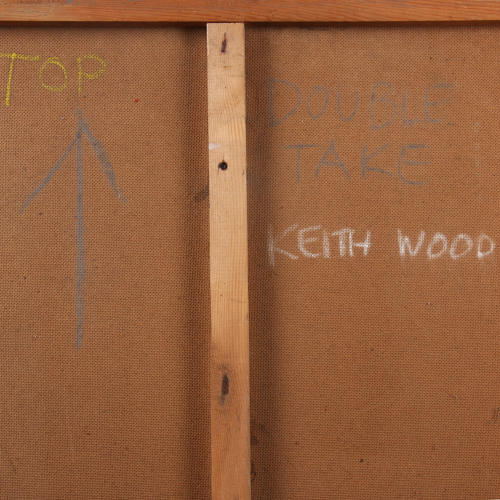 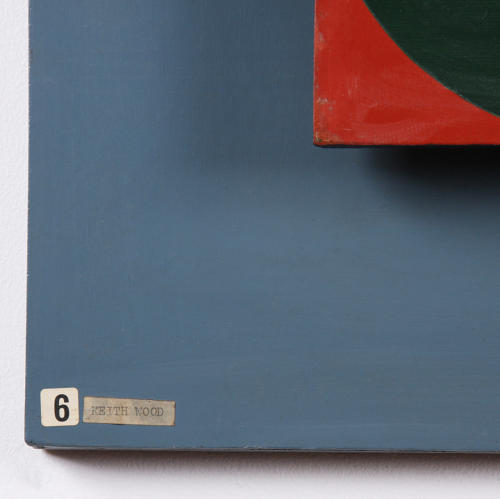 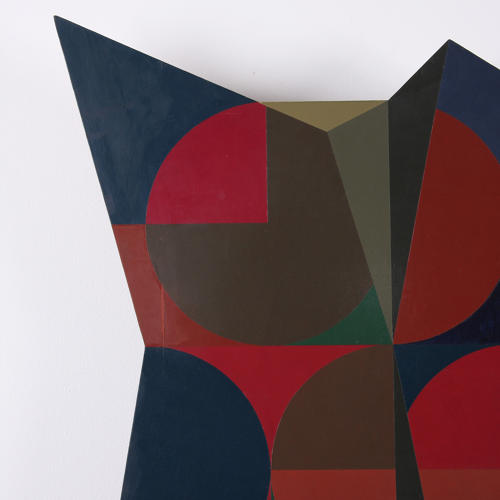