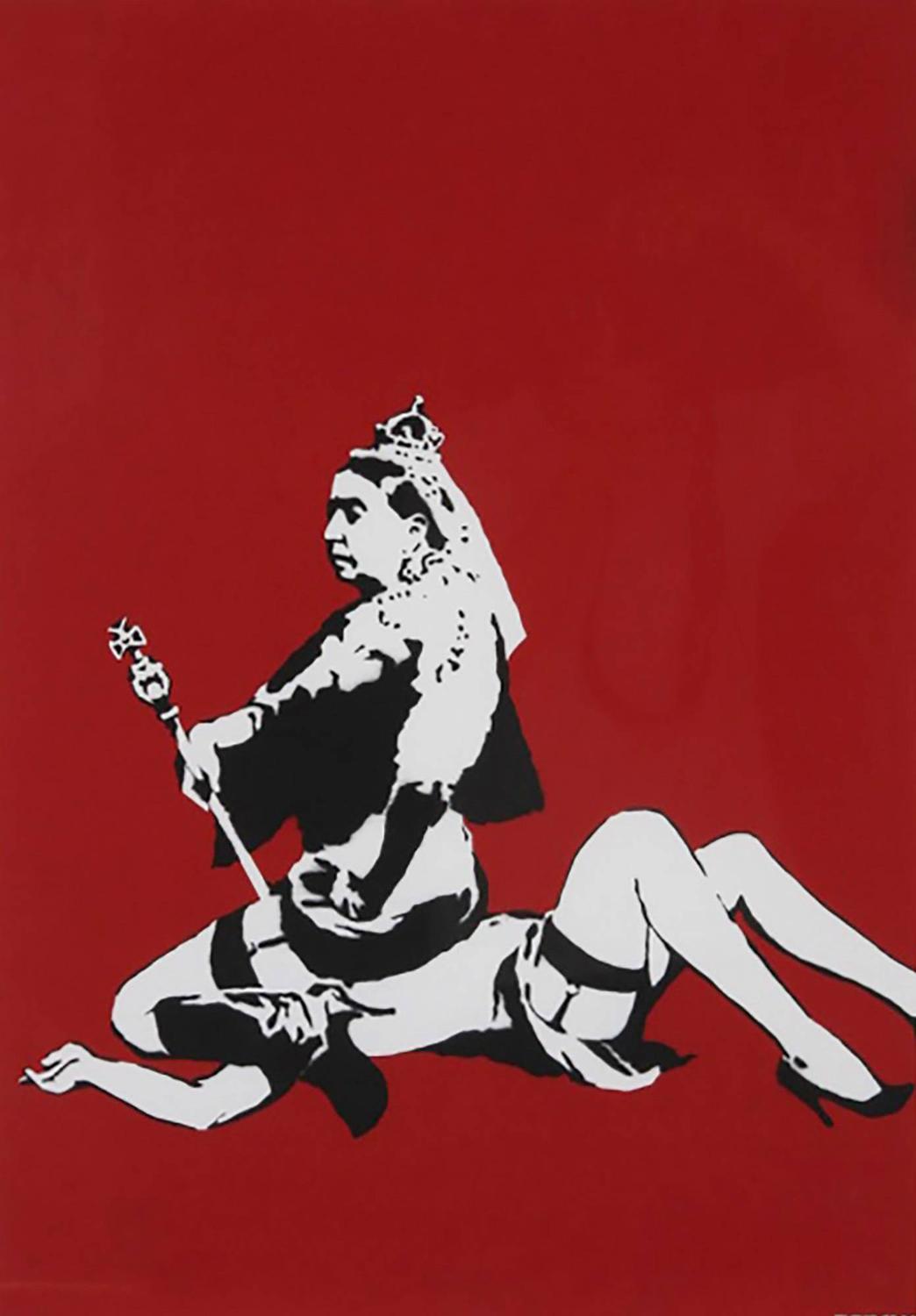 Banksy, a street artist whose identity remains unknown, is believed to have been born in Bristol, England around 1974. He rose to prominence for his provocative stencilled pieces in the late 1990`s. Banksy is the subject of a 2010 documentary, Exit Through The Gift Shop, which examines the relationship between commercial and street art. Banksy began his career as a street artist in the early 1990`s, in Bristol`s graffiti gang DryBreadZ Crew. Although his early work was largely freehand, Banksy used stencils on occasion. In the late 90`s he began using stencils predominantly. Banksy`s artwork is characterised by striking images, often combined with slogans. His work often engages political themes, satirically critiquing war, capitalist, hypocrisy and greed. Common subjects include rats, apes, policemen, members of the royal family and children. 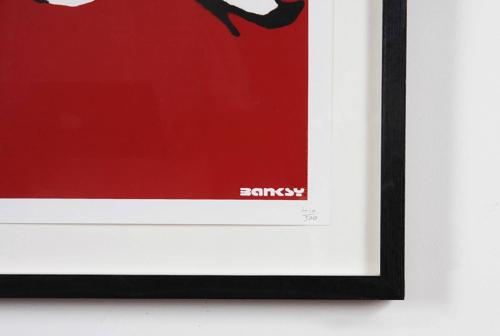